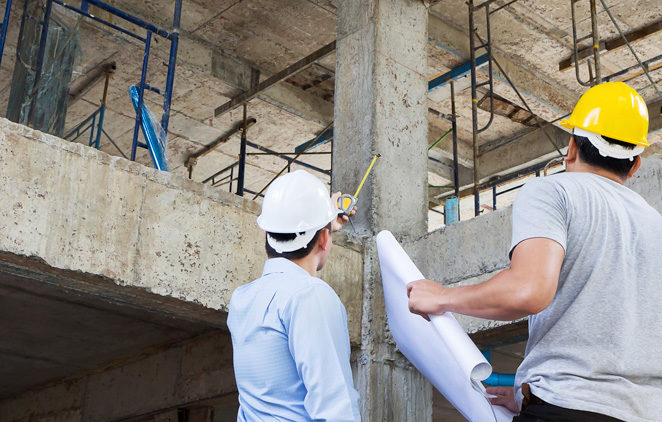 The “Completed and Accepted” Rule: Theoretical Considerations and Practical Tips

If you represent a construction professional who has been sued as a result of injuries sustained on a completed job, then you should be aware of California’s “completed and accepted” rule.

Stated succinctly, the “completed and accepted” rule provides that when a contractor1 completes work that is accepted by the owner, the contractor is not liable to third parties injured as a result of the condition of the work, even if the contractor was negligent in performing the contract, unless the defect in the work was latent or concealed. (Jones v. P.S. Development Co., Inc. (2008) 166 Cal.App.4th 707, 712 [disapproved on another ground in Reid v. Google, Inc. (2010) 50 Cal.4th 512, 532, fn. 7].) The rationale for the rule is that an owner has a duty to inspect the work and ascertain its safety, and thus the owner’s acceptance of the work shifts liability for its safety to the owner, provided that a reasonable inspection would disclose the defect. (Ibid.)

The “completed and accepted” rule is a particularly potent weapon in defense counsel’s arsenal. In fact, the three most recent published cases to address the rule—i.e., Neiman v. Leo A. Daly Co. (2012) 210 Cal.App.4th 962, Jones, supra, 166 Cal.App.4th at p. 707, and Sanchez v. Swinerton & Walberg Co. (1996) 47 Cal.App.4th 1461—all affirmed the entry of summary judgment in favor of construction professionals whose work had been completed and accepted by the owner.

On the other hand, the rule will not enable construction professionals to avoid liability in all cases. For example, if the contractor agreed to indemnify and hold harmless other parties who have also been sued as a result of the contractor’s work—a common occurrence—then the contractor may still owe defense fees and other costs to those parties even if it is not directly liable to the plaintiff.

Vitality of the “Completed and Accepted” Rule

Due to its potentially lethal effect on negligence claims, the “completed and accepted” rule has often been subject to frontal attacks by the plaintiff’s bar. Plaintiffs will sometimes argue the rule was abrogated by a series of California Supreme Court cases published in the late 1950s and early 1960s, but these arguments have never gained traction. (See, e.g., Johnson v. City of San Leandro (1960) 179 Cal.App.2d 794, 800-801 [rejecting claim that the rule was abolished in Dow v. Holly Manufacturing Co. (1958) 49 Cal.2d 720].)

These attacks often raise a fundamental question: given that the existence of a legal duty is typically decided on a case-by-case basis under the so-called Biakanja factors (Biakanja v. Irving (1958) 49 Cal.2d 647), how does the “completed and accepted” rule fit into the modern legal regime? One answer is that, in those cases where the defect is patent and discoverable by the owner (a prerequisite for application of the rule), the Biakanja factors do not, on balance, support imposition of a duty. (See Sanchez, supra, 47 Cal.App.4th at pp. 1471-1472.) Another answer is that application of the rule does not hinge on duty but on causation—the owner’s acceptance of patently defective work severs any causal relationship between the contractor’s purported negligence and the plaintiff’s injury. (Id., at p. 1467 [“the owner’s failure to attempt to remedy an obviously dangerous defect is an intervening cause for which the contractor is not liable”].)

Practical Tips for Applying the “Completed and Accepted” Rule

While its theoretical underpinnings are open to debate, there can be no dispute that the “completed and accepted” rule is currently alive and well in California. To invoke the rule, three elements must be proven: (1) the defendant completed its work, (2) the work was accepted by the owner, and (3) an average person would discover the defect upon reasonable inspection. (See CACI No. 4552.)

Another method of proving project completion is through the sheer passage of time. If the contractor has not been on site for months or years, and has not been asked to return to the site to furnish any labor or warranty work, then this can be a strong indicator that the contractor’s work was complete. On the other hand, even if the contractor was still on site at the time of the plaintiff’s injury, this does not mean the project was incomplete. If the project was proceeding in phases and the owner had already begun using the particular improvement where the plaintiff was injured, project completion can still be concluded as a matter of law. (See Jones, supra, 47 Cal.App.4th at pp. 1717-1719.)

As a practical matter, much of the evidence submitted to prove “completion” of the contractor’s work will often tend to prove “acceptance” as well. For example, if the contractor was paid in full for its work by the owner, then this can be indicative that the owner also approved of the work. Nonetheless, there is a difference between “completion” and “acceptance”, a distinction which comes into clearer focus when we examine those events which occur after all labor or materials have been furnished by the contractor.

For example, after completion, did the owner or owner’s agents request that the contractor make corrections to, or perform warranty work on, the improvement in question? If yes, then the improvement probably has not been accepted for purposes of the “completed and accepted” rule. If no, then this suggests acceptance of the contractor’s work.

Ultimately, acceptance of the contractor’s work is demonstrated by the contractor’s relinquishment of control over the improvement to the owner. (See, e.g., Jones, supra, 166 Cal.App.4th at p. 717 [“there is no evidence that respondents retained any control over the machine at the time of the accident”].) Thus, the owner’s use of the improvement, coupled with the absence of any request by the owner to have the contractor return in order to perform repairs, will usually be dispositive of the owner’s acceptance. (Id., at pp. 719-720.)

Proving the Existence of a Patent Defect

In many cases, application of the “completed and accepted” rule will depend primarily on whether the defective work was “patent” so as to have been discoverable during a reasonable inspection. The word “patent” refers to the patency of danger and not merely to exterior visibility. (Sanchez, supra, 47 Cal.App.4th at p. 1470.) A defect is patent when the defect is “obvious and apparent to any reasonably observant person.” (Ibid.) A couple of clarifications are in order.

First, the owner’s actual knowledge of the danger posed by the defect is not necessary in order for the “completed and accepted” rule to apply. Rather, it is enough to show that the defect was apparent such that the danger would have been discovered during a hypothetical “reasonable inspection”. (Neiman, supra, 210 Cal.App.4th at p. 972, fn. 6.)

Second, even if the defect initially could have been considered latent, once it is discovered by the owner or the owner’s agents, it becomes patent for purpose of the “completed and accepted” rule. Is there any evidence that the owner observed the defect before the plaintiff’s injury? Is there any evidence of others injuring themselves on the improvement before the plaintiff did? If so, then this can be quite compelling evidence that the defect is patent as a matter of law. (See Sanchez, supra, 47 Cal.App.4th at p. 1471.)

If there is no evidence of actual knowledge by the owner, then the contractor must prove the defect would have been discovered during a reasonable inspection. This involves, in most instances, application of common sense and experience. (See Tomko Woll Group Architects, Inc. v. Superior Court (1996) 46 Cal.App.4th 1326, 1339 [“Pavement, and the dangers attendant to it, are matters of such common experience that a visible defect substantial enough to cause a pedestrian to trip and fall constitutes a patent defect”].)

Ideally, the alleged defect will be analogous to other defects which have deemed patent as a matter of law, such as a concrete landing which caused water to pond (Sanchez), protruding anchor bolts which posed a tripping hazard (Jones), or stairs which lacked contrast marking stripes (Neiman). Conversely, the defect should be distinguished from other defects which have been deemed latent for purposes of the rule. (See, e.g., Hale v. Depaoli (1948) 33 Cal.2d 228 [porch railing which collapsed due to improper nailing, the heads of which were concealed by paint and putty].)

The vast majority of California appellate decisions discussing the “completed and accepted” rule arise from cases of personal injury. But there is no reason in principle why the rule cannot be invoked in property damage cases as well. In fact, the seminal case establishing the rule in California—Boswell v. Laird (1857) 8 Cal. 469—involved a failed dam which released a torrent of water that damaged the plaintiffs’ building and property downstream. If the rule is less prominent in property damage cases, it is likely because the rule can only be interposed as a defense to claims brought by third parties. The rule has no application to claims—whether for personal injury or for property damage—brought directly by the owner for whom the contractor originally furnished the improvement. Depending on the nature of the defect, defective construction is more likely to cause injuries to guests and invitees rather than to property owned by third parties.

The possible application of the “completed and accepted” rule should be identified early so that an appropriate discovery plan can be developed. Armed with the foregoing principles and considerations, counsel can explore the appropriateness of asserting a defense which shifts responsibility from the contractor to the owner when the contractor’s work has been completed and accepted.

For more information on the content of this article, please contact your regular Murtaugh Meyer Nelson & Treglia LLP attorney or Patrick M. Laurence at (949)794-4000.

The opinions expressed are those of the author(s) and do not necessarily reflect the views of the firm, its clients, or any of its or their respective affiliates. This article is for advertisement and general information purposes and is not intended to be and should not be taken as legal advice.