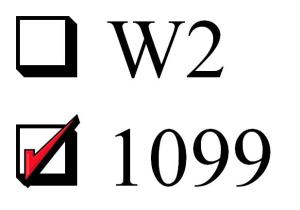 Does your business have independent contractors?

Specifically, Dynamex deals with an employer’s ability to classify a worker as an independent contractor. Because of its importance, below is a brief outline with information that every business owner should be mindful of.

After Dynamex, can an employee ever again be classified as an “independent contractor”?
For years, businesses, workers, and the courts have struggled with the issue of when businesses may classify workers as “independent contractors” versus classifying them as “employees.”   In April 2018, the California Supreme Court issued its landmark decision on this issue in Dynamex Operations West, Inc. v. Superior Court,  4 Cal. 5th 903 (2018).  While the Dynamex court sought to clarify the law to be applied in this area once and for all, whether its goal of “clarity” was accomplished is subject to wide debate.  What is certainly true, however, is that the Dynamex decision has vastly limited a business’s ability to classify a worker as an “independent contractor.”

On the one hand, if a worker should properly be classified as an “employee,” the hiring business bears the responsibility of paying federal Social Security and payroll taxes, unemployment insurance taxes, state employment taxes, providing worker’s compensations insurance, and complying with numerous state and federal statutes and regulations governing the wages, hours, and working conditions of employees.  On the other hand, if a worker can properly be characterized as an “independent contractor,” the business does not bear any of those costs or responsibilities and the worker obtains none of the numerous labor law benefits provided to employees.

The Dynamex court adopts the “ABC” test for classifying “independent contractors” versus “employees”
Although courts across California and the nation have adopted numerous “tests” for determining how to classify workers, the Dynamex court resolved this issue by adopting for California employers what is referred to as the “ABC” test.  Under this test, a worker is properly considered an “independent contractor” only if the hiring entity establishes: (A) that the worker is free from the control and direction of the hirer in connection with the performance of the work, both under the contract for the performance of such work and in fact; (B) that the worker performs work that is outside the usual courts of the hiring entity’s business; and (C) that the worker is customarily engaged in an independently established trade, occupation, or business of the same nature as the work performed for the hiring entity.

It is quite apparent that this “ABC” test is going to result in most every worker, with some very limited exceptions, being classified as “employees.”  I advise all business owners to be extraordinarily cautious about classifying their workers as independent contractors, as doing so erroneously may subject them to enormous tax liability, as well as class action wage and hour and other employment related claims.   The Dynamex decision provides a lengthy analysis of its rationale, but more importantly it attempts to assist attorneys and employers in applying the “ABC Test” through the use of certain examples.

Part A
Part A of the “ABC” test involves the determination of whether the worker is free of the control and direction of the employer, both under the contract and in fact.  The Dynamex Court emphasized that:

“depending on the nature of the work and overall arrangement between the parties, a business need not control the precise manner or details of the work in order to be found to have maintained the necessary control that an employer ordinarily possesses over its employees, but does not possess over a genuine independent contractor.  The hiring entity must establish that the worker is free of such control to satisfy part A of the test.”  Dynamex at 958.

Part B
Part B of the “ABC” test involves a determination as to whether the worker is performing work outside the usual course of the hiring entity’s business.  The Dynamex Court uses an example as to how to apply this test.

“On the one hand, when a retail store hires an outside plumber to repair a leak in the bathroom on its premises or hires an outside electrician to install a new electrical line, the services of the plumber or electrician are not part of the store’s usual course of business and the store would not reasonably be seen as having suffered or permitted the plumber to provide services to it as an employee.  On the other hand, when a clothing manufacturing company hires work-at-home seamstresses to make dresses from cloth and patterns supplied by the company that will thereafter be sold by the company or when a bakery hires cake decorators to work on a regular basis on its custom-designed cakes, the workers are part of the hiring entity’s usual business operation and the hiring business can reasonably be viewed as having permitted the workers to provide services as employees.” Dynamex at 959.

While this test distinguishes between a dressmaker who works for a dress manufacturer and a plumber who merely unclogs the toilet of a retail store, it would seem that a business who even hires a plumber do a regular maintenance of its toilets on a monthly basis might comply with the Part B test but still run afoul of the Part A test.

Part C
Part C of the ABC test, in my view, truly spells the end to most workers being able to be classified as independent contractors.  This test asks the question whether the worker customarily engaged in an independently established trade, occupation, or business of the same nature as the work performed for the hiring entity.  The Dynamex Court says that in conducting this analysis, the courts will look to whether the worker has taken the usual steps to establish and promote his independent business such as incorporation, licensure, advertisements, and routine offerings of his services to the public or a number of potential customers.  Dynamex at 962.

Thus, hiring workers such as a law student for a summer clerkship, or any part time employee who has not previously set up and marketed his or her own independent business, would likely not qualify as an “independent contractor” under the Part C test.

Conclusion
In the absence of the limited instance similar to hiring a worker, such as a plumber,  for the occasional need of an exigent plumbing repair, the ability to classify any worker who is at all required to work the hours required of the hiring entity, or comply with the hiring entity’s rules in any way, will no longer be able to be classified as an independent contractor.  This is a marked change in the law and will have potentially drastic financial and legal ramifications for many business owners.